Prototyping describes the development of early, tangibile models of ideas that can be tested with the customer. We present a list of the nine most commonly used methods for creating and testing prototypes.

Sketches are suitable for the early stages of the prototyping process to illustrate ideas and transfer them into the real world. Even simple illustrations provide a good basis for further discussion with team members and creating new ideas. You can also sketch diagrams and mind maps to illustrate a system, process, or structure of ideas. Diagrams are a useful way to understand complex situations or use cases where many factors and actors influence each other. They can represent points of contact that affect the customer journey. Alternatively, you can visualize and analyze how ideas interact and complement each other (or perhaps even compete with each other).

The storyboarding technique can be used for early prototyping to visualize the customer journey or the way users would experience a problem or a product. When drawing storyboards, you try to imagine the entire user experience and capture it in a series of images or sketches. Storyboarding as a prototyping method ensures that you know the users well enough (otherwise it would be difficult to sketch a storyboard) and allows you to consider the context of the designed solution. It is useful for developing a sensitive understanding of users and generating high-level ideas and discussions. Storyboards, however, are not suitable for fine-tuning the details of products.

Role play is a method of capturing and expressing the emotional experience of users when using a product or service. By replaying scenes and situations, the team can get a better feel for how the experience actually feels and where improvements are needed. Role plays can be used at different levels of detail. However, the best results are achieved when simulating the user's physical environment. For example, you can create props or play a soundtrack that mimics the user's environment. The method can also be very well combined with storyboarding to capture individual scenes and insights.

For digital products such as apps, web services or other screen-based products, paper prototypes are practical in the early stages of prototyping. The method is very simple, cost-effective, and reveals many areas for improvement, such as usability issues. According to Jakob Nielsen, co-founder of the user experience consulting firm Nielsen Norman Group, usability studies show that early stage changes are about 100 times cheaper than changes in later stages of a product development process.

Mockups are simple visual representations created primarily for presentation purposes. They are demonstration models that look like a finished product at first glance, but have no significant functionalities. Physical products can be a miniature model or a life-size model, showing the entire product or just a focus, depending on their intended use. With digital products, the mockup shows the graphic design, i.e. the "look and feel" of the application.

Wire frames are prototypes that relate to the structural aspects of the user interface of a digital product. They define the positioning of the various interaction elements as well as the functional processes of a feature or application. Wire frames are the skeleton of a user interface that remains when colors, graphics, and design elements are removed. For the creation, one can work with paper and pen or use special software programs such as Sketch, Balsamiq or Proto.io. 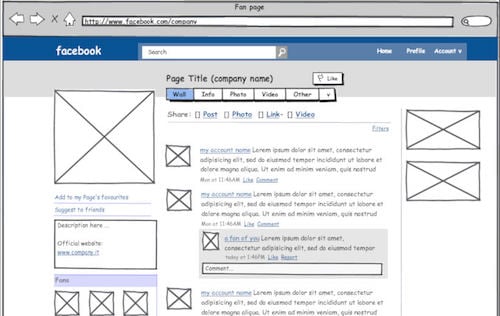 One method that is very popular in design thinking projects for the visualization of physical products is cardboards. Using cardboard, wood or other materials, simple three-dimensional models of the product are created. With this method you can experiment generously with different models and show them to the customer right away. 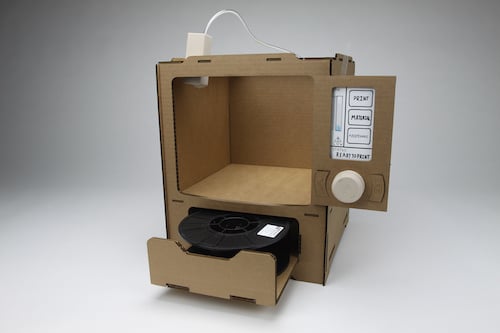 With an explanatory video as a minimum viable product, a product can be clearly explained in simple words and thus presented to a wide audience - without this product already existing in its final form. Dropbox has demonstrated how this can work. In the beginning, the service consisted only of a test version with minimal functions. A video which conveyed the advantages of the file sharing service in a short and original way increased the number of registrations overnight to 75,000. And this despite the fact that the actual software solution did not yet exist.

Wizard of Oz Prototyping - Fake it before you make it

A famous example of this method is the e-commerce champion Zappos. The company started in 1999 with a Wizard of Oz MVP to test whether shoes are ever bought online. A fake website featured photos of shoes previously taken in local specialty stores. If a customer ordered a shoe, the founders bought the pair in the respective shoe store and sent it to the customer by mail. 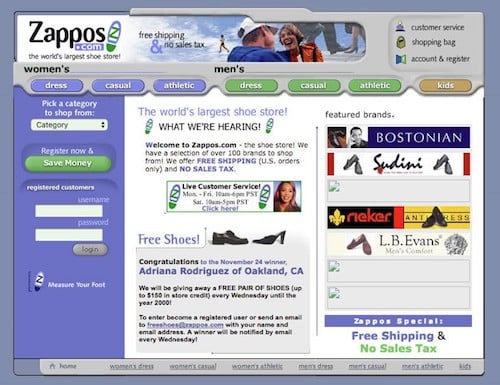 Another example of Wizard of Prototyping is IBM's Speech-to-Text experiment. Since there was no prototype at that time and the company did not want to make high investments in its development, the function was imitated in a fake experiment. For this purpose, test persons were allowed to speak into a microphone and all their speech inputs appeared almost in real time on a monitor - but not through a "Speech to Text" function, but because someone in the next room entered the speech inputs directly into the computer. IBM took the experience from the experiment and developed the "Speech to Text" function based on it, but with significantly fewer resources than initially estimated.

Wizard of Oz Prototyping can also be applied to physical products and services. For example, in its founding years, when the company was only active in Germany, Sixt placed a newspaper ad in a French newspaper to test the market. As a result, numerous French people actually booked a vehicle. The cars were then transferred by students from Germany to France in order to serve the inquiries of the customers.

Prototyping begins with rough, fast, and cost-effective models at an early stage of a design process or design thinking project and evolves in iterative loops to higher accuracy models that are more complex, detailed, and costly. The methods presented provide valuable early insights into target audiences and can be used to test ideas and assumptions, to gain a sensitive understanding of users, or to help the project team select competing ideas.

Born in Ried im Innkreis. As former Head of Innovation, he was responsible for the entire project management and specializes in the areas of fuzzy front end and business model innovation.