Mobility is a central topic of the future, which is currently at a turning point. The focus is on e-mobility, automation and networking of vehicles. For manufacturers, this development is associated with massive changes in production and intensive research work. We will show you in a short overview which challenges and innovative concepts result from this.

Trend towards e-mobility is changing the automotive industry

A breakthrough in electromobility is always on the horizon. Although this trend reversal is not yet visible in the car dealerships, the strategies and ongoing implementation projects of the automotive industry show that market preparations are already underway.

The climate protection plan contained in the Paris climate protection agreement states that by 2050 the traffic of the future will have to do completely without fossil oil and gas. For automobile manufacturers, this means a fundamental technological conversion from internal combustion engines to alternative drives.

In particular, e-mobility and a possible ban on driving diesel vehicles play a central role in this respect. Since the regulatory framework conditions in both areas still contain significant uncertainties, the automotive industry needs a two-pronged strategy for the upcoming transition phase.

On the one hand, manufacturers have to comply with the current market dominated by combustion engines, but also respond to the rapidly growing market for e-mobility. It is obvious that this double-track positioning is very cost-intensive and will also be a major challenge for the largest manufacturers.

The production of electric cars is no longer feasible with established production processes. According to a Staufen study, manufacturers are therefore increasingly focusing on integration into existing production systems and are converting their production plants accordingly. In future, the electric cars are to roll off the production line there together with hybrid, gasoline and diesel models.

Of course, this also increases complexity - after all, all car components for all models must be available just-in-time on the assembly line. A continuous cycle on the conveyor is therefore difficult to maintain. Porsche solves this problem, for example, with variable cycle lengths and a flexible line. The new transport system can then stop during sensitive activities and then travel faster to the following stations.

VW, on the other hand, relies on separate production facilities for electric cars. Zwickau was chosen as one of the electromobility locations, where both production lines will be converted by the end of 2019. From 2020, up to 1,500 I.D. and I.D. Crozz-based electric cars are to roll off the production line every day. 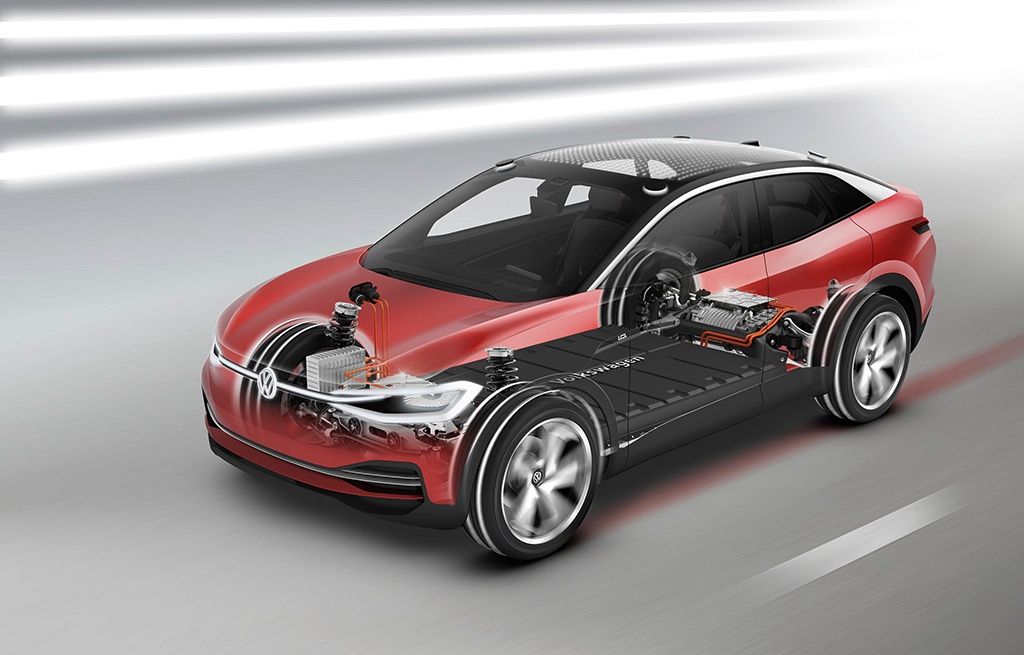 Changes in the supply chain

The change in production also has an impact on the supply chain in many areas. After all, electric cars require not only other drives, but also, for example, an electric heater. At present, however, such high-tech heaters are only produced in small quantities. This means that, on the one hand, suppliers have to switch to large series and, on the other hand, in many cases do not yet have the corresponding know-how. Manufacturers will therefore have to provide intensive support to their suppliers in order to be able to mass-produce the electric car.

There are also differences with tyres, as electric cars are much quieter than conventional cars and the tyre noise is more noticeable. In addition, the wheels of electric cars must be able to withstand a higher torque due to the abrupt start. They need more grip than combustion engines and must also be more robust.

Battery production is also a real challenge for manufacturers due to high acquisition costs and the currently still inadequate charging situation. Most automotive companies have therefore already decided to produce their own batteries in order to reduce possible dependencies.

The trend towards automation in mobility can be used profitably in intralogistics. Audi, for example, is partially replacing the traditional goods transport system with an automated parts transport system using drones. This not only makes use of the unused airspace in the workshop, but also significantly reduces the delivery time for components when rapid replacement is required on the conveyor belt.

The company also uses a driverless transport system (AGV) for vehicle dispatch. The parking robots called Ray sort up to 2,000 cars per day for loading onto rail wagons.

Audi goes one step further with the innovative mobility concept of the flying robot car drone. As part of the 2018 Geneva Motor Show, the Italian Audi subsidiary Italdesign presented the flying car developed jointly with Airbus. The car drone drives autonomously on the road and can also fly if required. The concept goes in the direction of an integrated traffic concept suitable for the transport of goods. The airplane car can also be integrated in a train, for example, to put part of it back on rail and other parts on the road or in the air. The first car drones are expected to be on the market between 2025 and 2030.

Self-propelled vehicles, which receive all relevant information about the available networks, are one of the strongest trends in the field of mobility. Research in the automotive industry is currently primarily aimed at bringing the first commercial fully automated vehicle to the market ready for series production.

Since 31 March 2018, the eCall - the automatic emergency call system for motor vehicles - has been mandatory in the European Union. Manufacturers must now equip each new vehicle with an eCall system to which a separate ID is assigned by law. The networked vehicle in mass production has thus become reality. Although the eCall is a passive system that is only activated in an emergency, in the end it creates all the vehicle requirements for comprehensive networking.

Legal framework conditions as a hurdle for autonomous driving

The degree of automation currently lies between level 2: semi-automated and level 3: highly automated. Semi-autonomous driving with the aid of so-called assistance systems is already a reality in many new vehicle models. From a technical point of view, higher automation levels are already possible. The biggest hurdle is still the legal framework, since national and international regulations for digitally networked vehicles and autonomously driving cars must be adapted and harmonized. 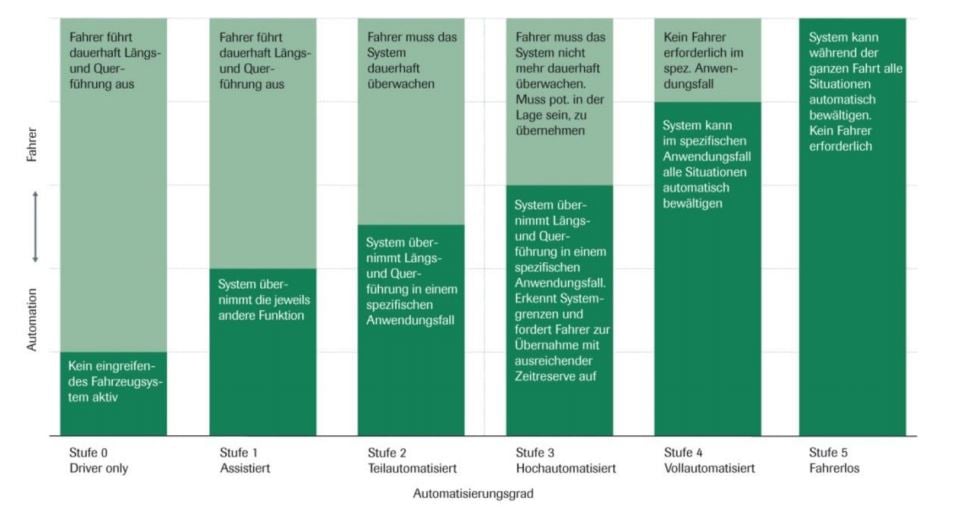 The use of self-propelled vehicles is conceivable not only in production and goods logistics (e.g. Last Mile Transport), but also in passenger transport - especially in rural areas and for people with reduced mobility. Initial concepts for automatic transport in urban areas have already been tested with the EU-funded Citymobil project. The E-bus runs driverless and is to transport a small number of passengers in the future.

Artificial intelligence is in the foreground

With the level of vehicle automation, the demands on mobile networks, sensors and technologies such as machine learning, pattern analysis, pattern recognition and pattern prediction are increasing. The focus of research and development is therefore not so much on hardware, but rather on software and thus all applications of artificial intelligence for vehicles.

VW is currently working with chip manufacturer Nvidia, for example, on the concept of an intelligent co-driver to make driving easier for the driver. These include unlocking the vehicle via face recognition or a car computer that can communicate with the driver.

According to an analysis by the consulting firm McKinsey, 51 billion US dollars have already been invested in AI research since 2010. More than 40 percent of the patents in the area of AI-supported functions for autonomous driving are owned by traditional automakers and in the segment of driving experience development, suppliers hold more than 85 percent. Technology companies such as Google subsidiary Waymo also hold numerous patents in the field of driving experience.

Mobility as a whole is becoming a new growth market. Electric mobility, connectivity and autonomous driving are trends that present major challenges and require new strategies, especially for manufacturers, suppliers and service providers in the automotive industry. At the same time, however, this is accompanied by exciting innovations and new mobility solutions in the areas of production, transport and passenger transport.

Born and raised in Vienna. Since 2012 she has been in charge of Business Development at LEAD Innovation with the functions marketing, sales and communication.