What causes a culture of failure in the innovation process

It is now clear that one learns from mistakes and that one is rarely successful with the first attempt, but usually needs a second or third, but what is often lacking is the courage to try out and corresponding innovation-promoting framework conditions.

An innovation culture of failure is important for testing ideas that may not seem very likely at first but are still feasible. Failure is necessary to create the unlikely - if you don't try something unlikely, you will never do it.

Failure is also important to learn from failure. However, a distinction must be made between "good" and "bad" errors.

The following examples are intended to give you ideas on how you can use errors for future innovations and avoid unnecessary errors.

Innovations of a company that have been successful on the market in the past are often represented in practice in the form of an innovation family tree. In this way, the knowledge of past innovations can be made transparent and usable for new innovations:

Much rarer are flop trees created, which represent the failures of the company. However, mapping all innovation projects that were either stopped at a very late stage of development or were a complete failure on the market is just as instructive for future innovation projects as an innovation family tree:

The extension of an innovation family tree by a flop family tree thus also allows a look at where the company has failed on the way to successful innovations. And there is much to learn for the future so as not to make the same mistakes again.

To cut to the chase: Innovation is no guarantee against failure, but without innovation failure is guaranteed. 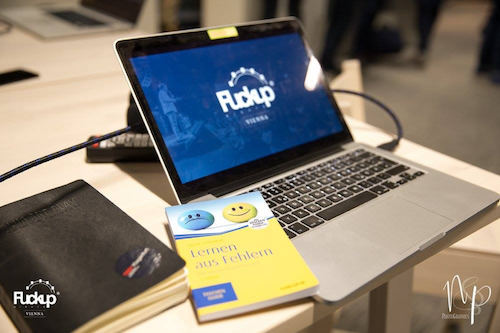 As a startup, you naturally have no experience of failure in your own company history. Meanwhile, however, FuckUp Nights have become established worldwide - and also in Austria - in order to learn from the mistakes of others. Both start-ups and established companies report openly to the public about their failed projects - what they learned from them and what they did better in the next attempt.

So while the flop family tree sheds light on your own history of failure to avoid making the same mistakes again, the FuckUp Nights are about learning from the mistakes of other companies. This results in a transfer of knowledge between experienced companies and start-ups, which saves founders and companies costs and ultimately benefits the entire economy.

FuckUp Nights are organized in Austria by Entrepeneuership Avenue (Vienna University of Economics and Business) and the FuckUp Nights platform with events in Vienna, Graz, Innsbruck, Salzburg and Vorarlberg.

Austria needs a culture of error. I lived in Silicon Valley. There are people there who have the courage to try. But also an open civil society and investors who give new things a chance. This is an upward spiral that we also need in this country. We want to save companies costs and why make mistakes twice?

3. Zotter Ideenfriedhof - the most curious cemetery in the world 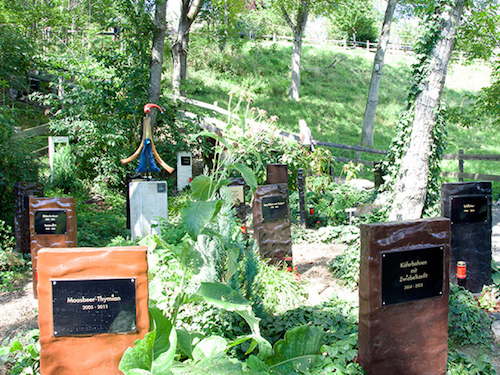 The Zotter Schokoladen Manufaktur cemetery of ideas in Riegersburg shows how an established company integrates the culture of failure into its innovation process. The company has dedicated a piece of land in the edible Zotter Zoo to the idea cemetery, where all chocolate varieties and ideas were buried that were never implemented, but also those that were tried out and did not work. Sometimes varieties are "exhumed" again and offered again for some time.

Every year Zotter develops about 70 new ideas for which others have to give way to make room. As ideas are constantly being born and dying again, the company wanted to make this process visible as an important part of its own innovation history. The gravestones are a symbol of what was invented in the company, what you tried and what did not work so well to avoid making the same mistake again.

Josef Zotter recommends companies not to be afraid of innovation cemeteries because it must be allowed to fail with experiments. This is also reflected in the cemetery of ideas, which shows how Zotter courageously realizes ideas despite uncertainties and also takes mistakes and failure into account.

When you do something, it is automatically part of the process of creating fantastic things and so-called "mistakes". All of nature, evolution and mankind are based on the trial-and-error principle. No development without "errors"!

Conclusion: 3 Examples of why an innovation culture of failure leads to success

If you want to break new ground and develop further, you must also be allowed to make mistakes. Ultimately, mistakes can also be interpreted as ideas, some of which work better and others worse. It is important for companies to avoid bad mistakes, to recognize mistakes made, to learn from them and to break new ground. To this end, appropriate framework conditions must be created within the company so that failure simply belongs to success without being ostracized for it.

Born in Lower Austria. At LEAD Innovation she works as Head of Innovation and focuses on agile innovation management via SCRUM.