Numerous start-ups already fail with their business idea in the first few years. After more than five years, only one in ten is still in the race. There are many reasons why start-ups fail. Usually it is not just one factor that prevents success, but a combination of several reasons. The five most common reasons are presented in this blog. 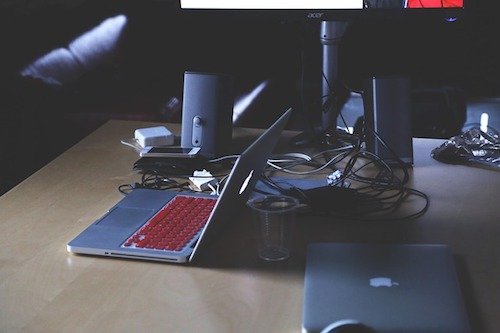 No Market, no Cash. A study by CB Insight shows that more than 40 percent of the 101 shutdown companies examined failed because they had planned their product or service completely out of the market. In some cases, the market was not yet mature or features were developed that were not relevant from the point of view of the target group and which the market therefore did not want.

The latter applies to the Austrian startup Woodero. The company was able to raise the required capital successfully via crowdfunding, but then failed due to the lack of demand for its wood-made smartphone and tablet cases. Dave Sloan's startup Treehouse Logic, launched as SurveyMonkey for Website Configurators, also failed because Sloan wanted to solve a problem that was not relevant enough for customers to generate a profitable business model.

How important the correct interpretation of market research results is can be seen from the Dinnr food delivery service. 70 percent of 250 respondents agreed that they would buy the product. The Alpha test group and 1:1 interviews also produced positive results. Nevertheless, founder Michael Bohanes ruined the startup because he misinterpreted the market research results. Bohanes only presented his idea, which did not offer a solution for a customer problem or a relevant additional benefit. He interpreted the survey data as market potential, while the respondents only expressed their general interest. De facto there was no demand for such a delivery service.

Another important reason for the failure of start-ups is the lack of capital resources. In the growth phase, follow-up financing is often lacking. The CB Insight study puts the proportion of companies that failed due to liquidity problems at just under one third (29 percent).

An example of this is the drone company Airware, which had to close its bulkheads again a few months ago. Airware desperately looked for financiers for 18 months before the company ran out of money and was shut down. The startup wanted to gain a foothold as a pioneer in commercial drones. However, the market did not develop as quickly as Airware expected. In addition, there were long development cycles and missing software features that competitors already had on offer. When Caterpillar left as one of the largest financiers, the company lacked the financial resources to successfully position itself on the market in the long term. Approximately 120 employees were out of a job after the start-up had burned $118 million in cash.

Another reliable killer for startups are problems and inconsistencies within the team (23 percent according to CB Insight study). If the cooperation between the team members does not work, the startup doesn't stand a chance either.

„The first five employees will make or break your start-up.“

However, an unbalanced composition of the teams with regard to the competencies of the individual members often hampers the success of the company. Sometimes there is a lack of important skills for the technical implementation of the business idea, sometimes there is a lack of a CTO who acts as an interface between management and the technical departments. The online job platform Standout Jobs, for example, failed due to a lack of professional skills. The team was not able to build an MVP (Minimal Viable Product) itself or with some external support from freelancers. The company could have brought on board additional founders or external innovation partners with the appropriate skills, but failed to take this step and went bankrupt.

In many cases there is also a lack of management competence. The founder of the online platform Nouncer attributes the failure of the start-up to the fact that he did not have a partner who balanced him and provided plausibility checks for business and technological decisions. In addition, the startup also had massive problems finding suitable employees at the location.

In 19 percent of the CB Insight study, startups were overtaken by their competitors and forced to give up. A well-known example is Wesabe, a failed online personal financial management service outperformed by Mint. Mint analyzed the weaknesses of Wesabe's MVP and only launched the platform when they had developed a better solution. This gave Mint a competitive edge among other factors. Wesabe was more powerful than Mint and offered more functions, but was more difficult to operate.

Another example of a company that has been caught up by the market is Raptr. The company offered a social network for gamers and benefited for several years from the graphics card manufacturer AMD bundling Raptr software with its graphics driver. When gradually other games platforms like Steam or Xbox were represented on the market and the agreement with AMD 2016 was not extended, this sealed the fate of the company. Until then, investors had invested 44 million dollars in the company.

Investors had put a lot more into Jawbone Up, the company that launched the first fitness bracelet in 2011, namely around one billion dollars. However, the company was outperformed by its competitors. With the entry of Fitbit and various other manufacturers, the market became increasingly competitive and the company's own innovative products did not generate enough demand. After all, the company ran out of money.

Other problems with many startups arise from difficulties in calculating a price that is high enough to cover costs but low enough to attract customers. After all, 18 percent of the companies in the CB Insight study cited profitability issues as the main reason for failure.

Startup Delight, for example, had the vision of developing a new type of mobile analysis: visual analysis. The most expensive monthly plan was $300. Customers had expected more for this price. In addition, there was a poorly chosen billing model. The price was calculated according to the number of recording credits. Since the customers had no influence on the length of the recordings, most of them were very careful when using up the credits. Pricing models based on the accumulated duration of recordings would have made much more sense and increased the number of subscriptions.

A bad core product and the lack of a successful business model, wrong innovation marketing or ignoring customer needs are also at the top of the list. The study thus clearly shows how complex and multi-layered the causes of failure can be.

Conclusio: Use learning potential for your own projects

Startups, corporate ventures and established companies can learn from the mistakes of other companies. FuckUp Nights are a way to tap into this knowledge potential.