Smart Textiles bring the comeback of the European textile industry

We know smart phones, but intelligent fabrics and fibers? "Smart Textiles" are the new stars of the textile industry, the clever fabrics. They warn of diseases, transmit data and store energy. An impressive comeback like an industry believed to be dead with the courage to innovate. 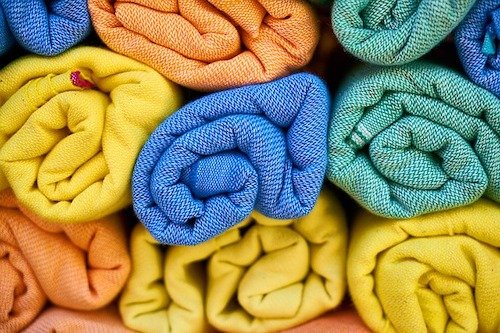 Although the production of textiles is almost as old as mankind itself, and industrialisation also began in the 18th century with automated spinning and weaving machines. Nevertheless, the industry was considered irrecoverably lost in German-speaking countries a good 15 years ago. At the beginning of the 1970s, declines in production due to the relocation to lower-wage countries abroad - primarily in Asian countries - caused a decline in the domestic textile industry, which not even every seventh company survived.

And yet today the industry is once again generating the same sales as in earlier weddings. The companies have taken up the structural change offensively as a challenge and rescued themselves from the crisis with a specialisation in innovative products and a determined fight for global innovation leadership.

A step ahead with technical textiles

According to the German Textile and Fashion Association, textile companies now generate around a third of their sales with new products and thus compete with cheap foreign competitors with top-quality products. The strongest sales drivers here are so-called technical textiles, i.e. high-tech fibers and fabrics for corporate customers.

The term technical textiles originally served as a distinction to traditional clothing and home textiles. This means that textiles were primarily intended for use, e.g. in vehicle construction or in the construction industry. However, this conceptual separation can no longer be maintained. The clever fibres and fabrics are establishing themselves too much in both traditional and completely new fields of application.

Wearables bring the next boost to innovation

Today, textiles can measure temperature, produce electricity and generate heat. They kill bacteria, heal wounds and may soon save lives: Thanks to new high-tech fibers, T shirts will soon be able to monitor a wide variety of vital functions and call the doctor by radio in emergencies. Elderly people can live longer in their own home equipped with such clothing.

Medical technology in particular is a diverse field of application for innovative textile products. From antibacterial clothing to healing bandages. The biologist Gregor Hohn has developed just such an association at the Hohenstein Institutes in Baden-Württemberg. The wound dressing releases drugs in predetermined doses upon contact with the skin.

Some of the innovative clothing features still need external batteries, but this problem should be solved soon. Textiles will then be able to generate and even store their own electricity.

Materials researcher Liwei Lin from the University of California wants to train tiny wires made of a material called polyvinylidene fluoride (PVDF) to achieve the so-called piezoelectric effect, which converts the kinetic energy produced by deformation into electricity. The tissue then produces electricity as soon as it is moved and could, for example, operate an MP3 player.

How does the electricity get into the T-shirt?

But even textiles are to be transformed into batteries. There are already dyes for tissues that can store electricity. In a few years, it may be time to put your T-shirt on the charger cable in the evening. But even this may no longer be necessary if you exercise accordingly.

The areas in which innovative textile products are used are indeed almost unlimited. House and home textiles are naturally obvious: dirt- and water-repellent curtains and awnings. Antibacterial fibres that protect mattresses from house mites or other pests or carpets that convert harmful substances in the ambient air (e.g. nicotine) into harmless substances.

Innovations for the automotive and construction industries

Vehicle construction is also one of those areas that benefit from the ingenuity of textile laboratories. Carbon fiber-reinforced plastic (CFRP) is a good example here: its low weight combined with high strength and low susceptibility to temperature fluctuations make this material perfect for use in aircraft and automotive construction. For example, the weight of the Airbus A 380 could be reduced by around 25% compared to conventional construction methods by using CFRP.

The construction industry is hardly associated with innovative textiles. But a lot is happening here too: concrete is reinforced with textiles instead of steel. This results in larger spans, for example for bridges. Seamless textile hoses are used to renovate dilapidated canals and geotextiles are used to reinforce embankments or embankments.

Conclusion: Smart Textiles and the role of the industry

The textile industry in particular has benefited from a veritable flood of innovation in recent years, proving that crisis-ridden industries can not only survive but also strengthen themselves by their willingness to take courageous and innovative paths. Creativity in traditional areas such as clothing or home textiles, but also completely new areas of application in medicine or the automotive and construction industries are opening up new customer groups and sales markets. However, the greatest future potential lies in Smart Textiles and Wearables. Realizing this is today the most important task of innovation management in the textile industry.