5 innovative packaging of the future without plastic 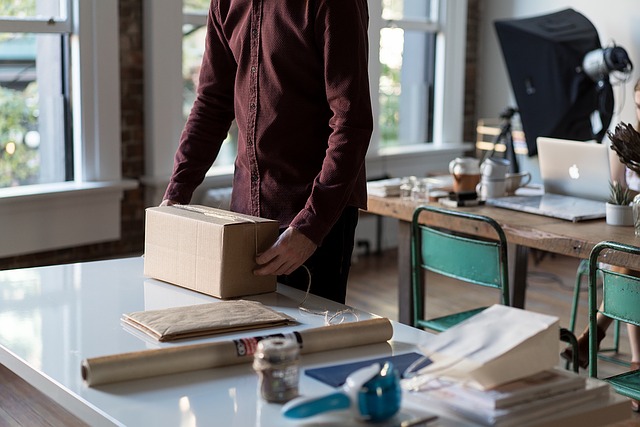 Sustainable packaging – Mushrooms instead of Styrofoam

Styrofoam is one of the most commonly used packaging materials. However, this substance is anything but compatible with the environment. Styrofoam is not biodegradable. In addition, around 1.5 litres of petrol are required to produce a single cube of polystyrene.

The natural alternative of the American company Ecovative can replace polystyrene in the future. Innovative packaging in any form is produced from biological waste and fungi using an innovative process.

The biowaste is first crushed and mixed with special fungal cultures (mycelium). Then you give the mycelium a few days to grow. The growth is made possible by the biowaste, which serves the fungi as food. The mixture is then comminuted again and placed in its final form. It takes about five days for the mixture to "grow into" the mould.  Afterwards, the compact mass is subjected to a heat thrust to stop the growth and make the material sterile.

The 100 percent degradable replacement for polystyrene is ideal as packaging material for mailing, but also offers interesting options for the automotive and construction industries. 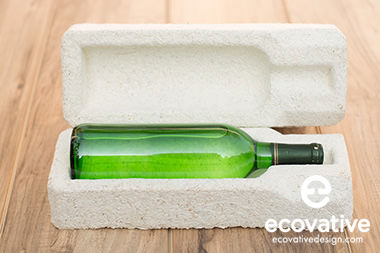 There has recently been an environmentally friendly alternative for labels. Avery Dennison introduced a biobased PE (polyethylene) film made from sugarcane ethanol. The physical and mechanical properties of this innovative material are similar to those of conventional petroleum polyethylene.

The film is processed and recycled like a conventional PE film. As a result, the conversion costs for packaging and labeling processes are minimal. A white and a transparent variant is offered, for labeling in the food, beverage, household or cosmetics sectors, for example.

Tetra Pak also relies on sugar cane in the production of bio-based packaging. Tetra Rex® cartons for chilled dairy products are made exclusively from sugar cane-based plastic and cardboard.

The company also recently introduced a new version of the Tetra Brik Aseptic packaging with bio-based closure. The coating and cap of the packaging are made of a plastic whose polymers are obtained from sugar cane.  As the world's first aseptic carton packaging, the packaging received the highest Vinçotte certification.

Milk is another raw material that is increasingly used for innovative packaging. Peggy Tomasula, whose projects are funded by the U.S. Department of Agriculture, has succeeded in producing a packaging film from milk that is edible, biodegradable and much more effective than an oil-based film.

The basis of the new packaging is casein, the protein of milk. Milk proteins are strong oxygen blockers that prevent food spoilage. The researchers have now been able to produce thin films that block oxygen 500 times better than conventional oil-based films. Cornflakes, for example, are often sprayed with sugar to keep them crispy despite possible moisture. Alternatively, a milk-based film could be used for spraying.

The edible property of the film opens up further application possibilities. For example, if a soup is packaged in it, you can dissolve the package with the soup in hot water. Spices or vitamins incorporated in the milk package are also conceivable, which are released when the package is dissolved in hot water. The film should reach full market maturity within the next three years.

Algae as an alternative to plastics

The invention of the British start-up Ohoo could revolutionize the packaging industry for liquid food in many areas. The packaging is made of seaweed, 100% biodegradable and edible. The special feature of this invention is the extraordinary type of packaging, which is based on the natural "packaging" of fruit.

The production is simple and costs only about one cent per piece. The process of spherification forms a kind of waterproof skin around the liquid, comparable to the skin of a grape. Liquid food could be sold in small portions such as fresh fruit and make the production of billions of water bottles superfluous in the future.

The first compostable bottle made of plants

The Austrian company "NaKu - Made of Natural Plastic" launches the first bottle made of bioplastics (PLA). The material consists of lactic acid, which is obtained from the vegetable raw materials sugar and starch.

Contact with food is harmless, as lactic acid in its natural form is also present in the human body. Plasticizers such as phthalates, bisphenol A or antimony and hormonally active substances are not used.

The bioplastic bottle has several advantages to offer: It is safe to use, 20 times lighter than glass, about 10 times cheaper than plastic and also biodegradable. This makes them the perfect packaging for fruit juices, smoothies, dairy products or solid foods such as sweets.

In addition, up to 50 percent of CO2 emissions are reduced during production, as less heat and energy is required compared to PET production. Thus the NaKu bottle has a very low ecological footprint and leaves no traces in body and nature.