Get in touch with us
Industry

The online boom is unbroken and in some product groups, such as shoes, pure online players are already taking pole position in the market. Is food retailing, as we know it, threatening to disappear as well? Read this blog post to find out why FMCG's currently low e-commerce share could increase very soon. 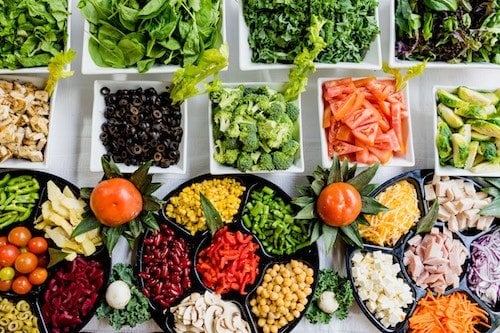 The current issue of the "100-Top-Retailers" of the Austrian Trade Association shows two facts that hardly anyone would have expected just a few years ago: In the Shoes & Leather Goods division, a pure online player has taken the lead for the first time: According to the study, Zalando generates around 230 million euros in Austria and places Deichmann (209 million euros) and Leder & Schuh (174 million euros) in second and third place respectively. A similar situation prevails in the generalist category: of the 1.4 billion euros earned by the top 100 in this category, Amazon earns 690 million euros, far ahead of the second-placed Tchibo/Eduscho (250 million euros). And: Amazon has already made it into the top ten in the overall ranking of the retail trade.

Online plays almost no role in the strongest retail sector

This is dominated by Rewe International AG (Billa, Merkur, Adeg) with a turnover of around 6.7 billion euros (excluding Bipa) and Spar with 5.9 billion euros (excluding Hervis). These players generate the majority of their sales with everyday consumer products (Fast Moving Consumer Goods, FMCG). Background: The FMCG trade (food and nearfood) is by far the sector with the highest turnover. And here the online sales channel plays hardly any role at present: the e-commerce share of the Austrian industry leader Rewe International AG amounted to just 0.35 % in 2017. Statistics report that in Germany, online FMCG sales in 2017 only broke through the billion euro barrier. This would correspond to approximately 1.7 percent of total FMCG revenues. But a look at other countries shows that this could change very soon. In South Korea, the e-commerce share of FMCG products already amounts to almost 20 percent.

E-commerce in the FMCG sector set to grow rapidly

A global study by Nielsen in 2018 estimates that global FMCG online revenue will grow four times faster than offline revenue, reaching $400 billion worldwide in 2022. The study authors expect numerous growth opportunities for online FMCG to open up in the European markets as well. The UK is currently the most online market with an e-commerce share of 6.3% in the FMCG market, closely followed by France with 6.1%. "The continued adoption and acceleration of online FMCG is supported by the increasingly busy lifestyles, urbanization and large companies that are investing heavily in e-commerce recently," said Mathias Bernhardt, Global Business Partner, Retailer Services Nielsen in a press release, adding, "Better e-commerce services that save consumers time will further increase demand for omnichannel offerings for FMCG merchants across Europe.

The FMCG market does not demand pure online players but Omnichannel offers. Because straight if it concerns the covering of the daily need, Pure on-line players have substantial weaknesses. The Shops have 24 hours and 7 days per week opened and offer a huge selection. Until the goods are actually where the consumer needs them, it takes time and sometimes patience.

Using the Omni-Channel approach, merchants try to combine the best of Brick & Mortar and online to deliver real value to the consumer. Consumers can order fresh food with a click on their smartphone or by voice to their assistant, Alexa, for example. This saves him an entry on the shopping list that he might forget at home. He can pick up the two goods at a nearby shop and inspect them before actually paying for them. This offer is only possible through processes and infrastructures from both trading worlds - Brick & Mortar on the one hand and Online on the other. In the FMCG sector in particular, the future of online players will lie in becoming a little more "offline" and, conversely, stationary retailers will have to increase their online activities in order to continue to grow in the future.

This realization is not new: Many dealers from the Brick & Mortar world invest in the expansion of their online offerings to serve their customers via as many channels as possible: The Rewe Group in Germany has already invested a great deal in online food retailing and, after placing an order on the Internet, delivers fresh goods such as meat, fruit and vegetables to customers' doorsteps in 75 cities. To date, these investments have hardly brought anything. But the fear of the big retail players to be overrun by pure online players is probably great. Because they also have the FMCG market in mind. Since 2015 Amazon-Pantry, for example, has also been offering a wide range of everyday products online in Germany and Austria. Members of the Amazon customer club Prime can have food delivered to their doorstep for a flat-rate delivery fee. In spring 2017, Amazon will launch its online supermarket Amazon Fresh in Germany. But the resounding success of this offer has so far failed to materialize: A study investigating the potential of Amazon Fresh in Germany came to the conclusion that consumers have great reservations about a non-haptic purchase when buying groceries. And: They fundamentally doubt Amazon's competence to offer fresh food. A single voice captured in this investigation summed it up as follows: "Amazon should do what they know about, but not trade in food.

The Web opens up new opportunities for direct marketers

The trench warfare between the established food retailers coming from the Brick & Mortar world on the one hand and the online players on the other conceals the view of delicate plants that were able to germinate through the web in the first place. In terms of size, however, these new business models hardly play a role. However, they completely reinterpret the trade in fresh food in particular. The organic farm Adamah from Machfeld not far from Vienna began to offer its own products via a web shop around 2001 and to deliver orders directly and CO2-neutrally to its doorstep with its own messengers. In the meantime, customers can also order goods that the Biohof Adamah does not produce itself. But: Basically, this form of e-commerce makes the function of the retailer superfluous. The same applies to Foodcoops. Here, consumers organize themselves in purchasing cooperatives and order directly from the producers themselves via the web. Each member then collects the goods from a central warehouse. The web offers completely new possibilities for both direct sales and consumer associations.

Consumers from the D-A-CH region in particular are still avoiding webshops when buying everyday goods. According to studies, however, this is set to change soon. Who will benefit from the future e-commerce boom in the FMCG sector has not yet been identified: the established players coming from the stationary world are investing in their online offerings. At least in Austria and Germany, this can still compete with those of the international online giants. The players coming from the e-commerce world are improving their logistics and also trying their hand in the stationary world.