New business development is the most complex and risky way to generate new revenue. The aim is to generate profits with a new product or service and a new business model in a hitherto unknown market. In this blog post you can read what is to be understood by New Business Development and how it can be represented organizationally in practice. 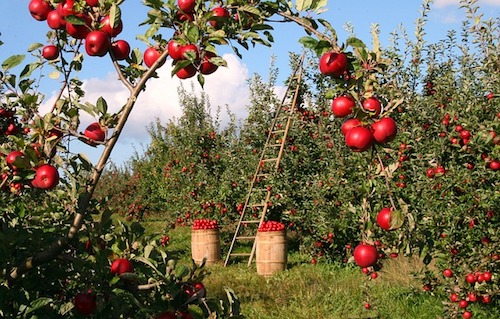 A company has many options for tapping new sources of revenue. For example, it can generate new sales through an innovative business model. A new product or service in a new form is being offered to the market already under pressure. The car sharing subsidiaries of well-known car manufacturers are an example of this. A Swiss dairy farmer shows that this form of sales increase is also suitable for smaller farms. Instead of selling the milk, he rents out his cows, continues to look after them on his farm as always and offers the tenant the end product cheese at a preferential price.
In a market innovation, a company tries to transfer its own technologies to new fields of application in new markets. Uber, for example, not only transports people, but also delivers food in many cities.

Type of innovation with the highest degree of novelty

While at least one area of these two types of innovation, as well as classic product and process innovation, remains unchanged and thus forms a "safe bank", everything is new in New Business Development: the product or service, the processes behind it, the business model and the market as well as the customers. In some cases, even the brand does not last. If, for example, the values of the brand simply do not fit the new market.

Method is suitable for companies with "gaming capital".

However, this way of generating new sales is not open to all companies. This method is not recommended for farms that need new income relatively quickly. Rather, New Business Development is ideal for those companies that want to develop new business models from a position of strength, can and want to take money and resources into their hands and are aware of the relatively high risk of failure.

5 ways to find problems and their lucrative solutions

The first step in New Business Development is always to discover a problem that concerns such a large target group that a solution to it pays off economically. There are many ways to take this first step:

There are many ways to introduce new business models to new markets with new products and processes and thus generate new sales. Very large companies such as Google or its parent company Alphabet use many levers (Startup with Google, Entrepreneur with Google, Google Ventures to name but a few), which it can easily finance from the income from the advertising business. However, New Business Development is not a method reserved for larger companies. Let's try again the example of the dairy farmer who rents out his cows. If the tenant also offers his tenants a "farm holiday" where they can spend a few days with their rental cow, milk it themselves and then also drink their fresh milk, that is nothing more than new business development.

Through his profound knowledge of new technologies and trends, Florian is an important asset in innovation strategy projects, amongst other things. The volunteer firefighter is a genuine, hands-on team player and a resolute proponent of positive cultures of innovation. As an SDG and circular economy expert, he places great importance on sustainability, also in client relationships.