Benefits of a Hackathon: Why it pays off for every company

In a hackathon, an open field of participants realizes executable solutions following a fixed briefing. Such competitions not only strengthen a company's innovative strength through many new concepts. In this blog post we show you 4 more advantages and tell you more about the benefits of a hackathon, also for your company. 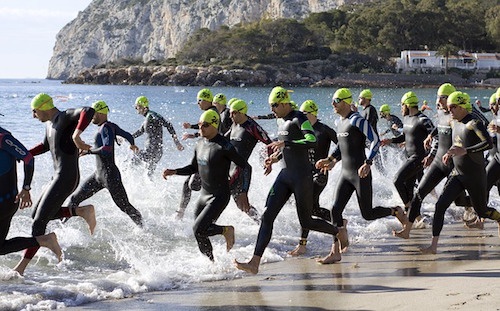 Wikipedia describes the term Hackathon as a "collaborative software and hardware development event". The word creation from "Hacken" and "Marathon" has been known since 1999. In the USA, the software industry and investors have been using the method since the mid-2000s to develop new programs or to have prototypes of existing concepts realized.

Ideas for a smart St. Pölten

Now more and more European organisations and companies are organising hackathons. For example, T-Mobile Austria and the University of Applied Sciences St. Pölten held the Smart Public Life Hackathon at the end of March 2018. Within 24 hours, an open field of participants should develop their own ideas that make life easier for the citizens of St. Pölten into so-called Minimum Viable Products (MVP).

Participants did not necessarily need to have programming skills. The technical equipment provided by the organisers also enabled programming via drag & drop and will be used from the third school year onwards. This deliberately low entry threshold ensured that not only young male nerds took part in the competition. Among the 60 people there were some ladies as well as people beyond the age of 40. Some of the 13 development teams were only formed at the event itself: In the "most international" team, 8 participants from 6 different nations worked together.

The jury was ultimately convinced by a team of four, called "my personal favourite", with a concept that makes the St. Pölten company wait for their bus for less time and at the same time lowers the costs for public transport. The competition has produced another 12 remarkable prototypes - but the benefits for the two organisers are far more complex. Hackathons not only enable companies to provide their research and development departments with fresh new concepts that actually work. If you organize a hackathon yourself or take part as a partner, then you can count on the following 4 further advantages:

An external field of participants ensures social diversity. It looks at the briefing you have given from completely different perspectives. Your company would certainly never have the idea of looking at certain aspects from different angles, as does a motley troupe, united only by the urge to do things differently, better or completely new. At the Hackathon, for example, a team developed a solution to prevent overloading the local water supply. An invisible problem that municipalities seem to be struggling with. Because as soon as it gets warm, every pool owner turns on the tap to fill his swimming pool with drinking water. Background: An average-sized pool holds about the amount of water a person uses each year for cooking, washing, cleaning and drinking. By the way, the solution consisted of an intelligent control system that fills the basins exactly when - for example overnight - there is no peak demand for water. Such a control system could not only be of interest to municipalities, but could also expand the product range of every pool manufacturer - also in terms of sustainability. Because without water, their products are worth nothing at all.

2) Inspiration for the own employees

The variety of perspectives that an external field of participants brings can enrich not only the range of solutions itself. It brings your company into contact with new project management methods. The hobby and development scene is considered creative, technically brilliant, unconventional and fast. Only prototypes that really work are valid in this community. Power-point presentations that show how something could work are frowned upon. Hackathon participants also manage to convince the audience of their concept in 90 seconds. The hacker culture therefore provides valuable impulses for your entire company. Even if you only send a part of your employees to such an event for observation. They will certainly be fascinated by the goal orientation and some other qualities of the participants and want to integrate them into their daily work.

3) Finding the specialists you are looking for

Many companies also use hackathons for their recruiting. T-Mobile Austria also sent some colleagues from the HR department to the hackathon mentioned above. The competitions allow both companies and Hackathon participants a relaxed initial contact at eye level. Both parties present themselves on a much more honest level than in an application process. Because Hackathon participants as well as new potential employers show their abilities, what they can offer and how they tick on the basis of a concrete project. Hackathons can also attract the attention of companies that a certain profession does not even have on the radar. For example, IT specialists think of IBM, Google, Microsoft or other sizes when looking for a job. They are often not even aware that banks or industrial companies urgently need IT specialists and therefore pay well. And: Hackathons also appeal to participants outside their own region and national borders. Traditional recruiting methods would make it difficult to reach such professionals.

4) Hackathon as a means of image and brand management

A hackathon is a public event that you can also use for your marketing. Depending on the task at hand, you can hope that the press and users in the Social Web will address your hackathon (Earned Media). Even if hackathons already have a certain tradition - they are still considered modern and innovative in Central Europe and thus contribute to your company brand.

Hackathons are also suitable for SMEs

Up to now, it has mainly been very large corporations in Europe that have used the format to enrich their R&D activities and also to find new talent. From Lufthansa and Volkswagen to ProSieben, almost all DAX 30 companies have hosted hackathons. The quality of the event itself and the companies' understanding of the subject matter has also increased considerably. A prominent example shows that hackathons lead to results that really pay off for companies: Facebook's Like button was developed as part of a hackathon.

However, smaller or medium-sized companies can also use the format for themselves. However, there are a few rules to follow. However, it is easier for SMEs in particular to offer hackathons together with partners or to short-circuit digital initiatives. For example, the "Platform for Digital Initiatives" founded in Dornbirn organized a very special hackathon in May 2018: At the "Umma Hüsla Hackathon", participants board the "MS Vorarlberg" ship in Bregenz harbour and jointly develop solutions while sailing across Lake Constance. The results will then be presented in Bregenz after the cruise through Austrian, German and Swiss waters. The Smart Textiles platform also participates in the event and assigns starter kits consisting of textile sensor components to the participants. Many new ideas and concepts from the "Smart Textiles" sector can therefore be expected.

Benefits of a Hackathon: Why it pays off for every company

More and more companies are discovering diversity as a strength. This also increases the innovative power. After all, alternative perspectives result in more and better solutions. A hackathon is a relatively simple and resource-saving way to tap into the creativity of the developer and maker scene. At the same time, your company gets away well from the public and comes into contact with potential new employees.