Most new ideas do not lead to successful products or services. 60 to 80 percent fail on the market. This article tells you which ten criteria make a product innovation successful. 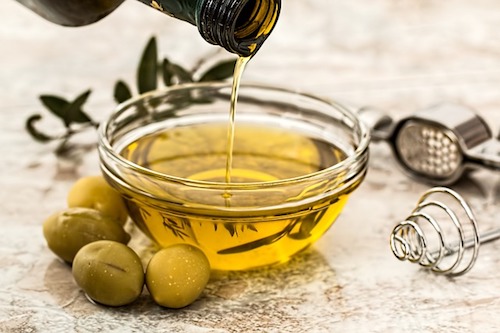 Is the innovation relevant for the customer?

In order to be successful, an innovation must satisfy a customer need. Innovations often don't bring the desired success because they don't bring real benefits to the customer or are aimed at the wrong target group. Lego's crowd-based business model is a vivid example of how customer needs can be optimally addressed by involving Lego customers in the innovation process.

On the other hand, the BIC Women's Underwear - an underwear for women that is disposed of after use - was an absolute miss on the theme. The BIC perfume also flopped. And the ready-to-serve menus from toothpaste manufacturer COLGATE also failed to win over customers.

An example of the choice of the wrong target group is the whirlpool, which was developed by the Jacuzzi brothers in the 1950s. They initially marketed the innovative pool unsuccessfully to arthritis sufferers. The business only blossomed when they changed the target group and began to sell the whirlpool as a luxury good to the wealthy.

2. Relevant differentiation from the competition

Is your solution superior in one relevant aspect?

An innovation must differentiate itself from the competition and be distinguished by at least one unique feature. This differentiating feature should be highly relevant for the user and should be able to be maintained in the long term.

The battle between Apple and Microsoft over the music player market is an example of a failed differentiation strategy on the part of Microsoft. Microsoft's response to Apple's iPod with the Zune Player ended with one of the biggest tech flops of recent years. The first Zune was released in 2006, five years after the iPod. Although the device had some features that the iPod did not have (e.g. sharing from player to player), it was still not able to assert itself on the market. Apparently, these differentiating features were not so attractive for users that they switched to Microsoft.

The Zune HD was then launched in 2009 - two years after the sale of the iPod Touch. At that time, the iPod was already the de-facto digital entertainment device of the world. To beat it, Microsoft would have had to offer something that made Apple's device look pathetically old-fashioned. Microsoft didn't do that - the only difference was the design.

3. Acceptance and explainability of the product innovation

Can you simply explain the product benefits and its uniqueness to customers?

Sometimes a product innovation puts conventional customer ideas into question to such an extent that they do not recognize their benefits. When the first supermarket opened in Germany in the 1930s, it soon had to close its doors again. One of the most important reasons: The self-service principle was simply not accepted by customers. Another two decades were to pass before supermarkets were able to establish themselves in Germany. The same happened with the first ATM, which was also installed in a New York bank branch in the 1930s. It was also dismantled after a few months due to a lack of customer acceptance and it still took decades until ATMs were established.

If new developments from customers require a major rethink, it can be useful to prepare the target group for the market launch with an information campaign. Another possibility would be to combine the innovation with the old version.

Is it easy for the customer to try the product and experience the benefits?

The Segway, for example, was originally designed for the masses and sold by the makers as the "future" of one-man passenger transport. But due to its complicated operation and need for explanation, the vehicle is neither easy to test nor suitable for the masses.

Is it easy for the customer to switch to your product without risk and effort?

Do you get into legal conflicts (laws, norms, patents) or ethnic conflicts (values) with product innovation?

In 2006, an American beverage company came into conflict with the law that introduced the energy drink "Cocaine" with three times the caffeine content of Red Bull. Shortly after the launch, the product was taken off the shelves by the FDA due to the glorification of an illegal drug and the high caffeine content. Meanwhile, the drink is available again in an adapted form.

The market launch of Segway also failed at the beginning due to the legal framework, as the Segway was not approved for road use and could not be used on sidewalks. Even today, there are still no uniform regulations in many countries, and special permits are often required. This of course hampers distribution enormously.

Does product innovation have the necessary potential for sales and profit?

Many successful new developments often take years after market launch to mature and offer attractive value for money. New technologies should also be taken into account when assessing revenue prospects to prevent a newly introduced product from being displaced by a new technology.

The APS cameras are a classic example of this. Launched in the mid-1990s by leading camera and film manufacturers, they were significantly better than traditional 35 mm cameras. But just a few years later, APS technology was largely replaced by digital photography.

In some cases, however, improved versions can be worthwhile. The company Freeplay Energy, for example, produces a world receiver with crank dynamo even in the age of Internet and satellite communication. The spectrum of customers in this niche market ranges from survival enthusiasts to development aid organizations.

Can the product be launched without directly competing with your existing product portfolio?

The introduction of innovative products to the market increases the risk that they will be at the expense of existing products. Brand cannibalization can cost margins and reduce the value of the company. Cannibalization should therefore normally be avoided. However, there are also advocates of "preventive cannibalization". The decisive factor here is how cannibalization affects total revenues.

In this context, the saying of Steve Jobs, who said during the i-Phone introduction: "If you don't cannibalize yourself, then someone else will do it", is well known. At the time, the iPod was growing steadily, generating 50 percent of Apple's revenue. Jobs brought the iPhone to market, although he knew that it would massively cannibalize the iPod business and eventually displace it completely.

Does the product innovation fit your brand positioning and values?

Harley Davidson landed a huge flop when it launched aftershaves and perfumes in 1994. The company's brand is built on values such as masculinity, machismo and rebellion. As a result, many fans have found that Harley Davidson's perfumes have clearly spanned the globe.

Do you have the necessary resources to technically implement and market the product innovation?

You may need to bring on board partners for technical development (technologies, competencies, means of production) or you may need sales partners to successfully position a product innovation on the market (suitable sales channels, no barriers to market entry).

Numerous innovations fail due to a lack of cooperation between important business partners, on whom the success of an innovation depends. When Robert Chesebrough invented Vaseline in the second half of the 19th century, he tried unsuccessfully to win pharmacies as distribution partners. Only when Chesebrough decided to distribute his invention to the public did he achieve his breakthrough.

In another example, the run-flat tyres were not able to assert themselves on the market a few years ago, although they offered more safety. An important reason for this was that the garages lacked the necessary equipment to mount the tyres correctly.

These criteria are always applicable when you are dealing with innovation and want to evaluate the attractiveness of a new product concept. Go through the list as soon as a new idea pops up or discuss it with colleagues in order to arrive at an initial assessment.

If you’re not failing every now and again, it’s a sign you’re not doing anything.