Dominant Design and its impact on innovation

There are good reasons why a brand-new smartphone model can hardly be distinguished from its predecessor or why all bicycles look about the same. 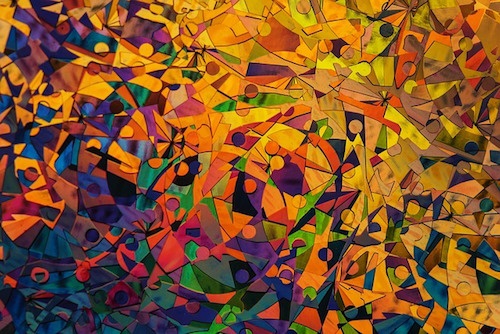 If the developers were to invent something outside the norm for mobile communication centers or two-wheelers powered by human power, consumers would not recognize it as a mobile phone or a bike. Read more about Dominant Design and its impact on innovation in this blog post.

Do you remember the Nokia 8110, the so-called banana phone, which had a big cinematic appearance in the first part of the Matrix trilogy? Maybe also the Razr V3 from Motorola, which was considered the most beautiful mobile phone of its time because of its slim design and the noble metal case? In 2004, this noble piece suddenly gave Motorola that cool image from which the company still draws its living today. Maybe the Nokia Communicator still tells you something? With this "brick" it was possible to send short messages, e-mails and faxes and the user could access the Internet using an HTML-capable web browser.You could tell at first glance that all these devices were new. The creativity and perseverance, even the sweat of the developers could be seen proverbially in all these novelties.

How Steve Jobs made all smartphones "equal"

With the variety of shapes, the smartphone market is long gone. When Samsung presents the Samsung Galaxy S9, the supposedly best mobile phone in the world, at the Mobile World Congress 2018, then it can hardly be distinguished from its predecessor. Even the devices of the competition are usually only recognizable by the other company logo. "The tragedy is that we had two decades of incredible innovation with flip phones, candy bar phones, sliders, round phones, square phones - all kinds of different things", quotes BBC Ben Wood of the consulting firm CCS Insight in a report on Mobile World Congress 2018. The expert adds: "But the world changed in 2007 when Steve Jobs took the iPhone out of his pocket and got the dominant design. Since then, the industry has focused on the black rectangle with a touch screen as a form factor.

If an entire industry is developing into an almost uniform appearance or a technology is becoming a de facto standard within an industry or industry, then we speak of Dominant Design.

The development of the bicycle also shows how a dominant design is gaining acceptance. When its inventor, Karl Freiherr von Drais, presented his running machine in 1817, the "two-wheel principle" was the revolutionary new thing about it. The fact that you can move with only two wheels without tipping over was unknown up to that time. Drais has copied the principle of skating, as he himself explains.

However, the "running machine" of those days has little in common with today's bikes - it is more reminiscent of devices that children use to learn how to ride a bicycle. Before the bike got its current design, it first grew into a high-bike, was first fitted with solid rubber tyres and later missed pneumatic tyres by British vet John Boyd Dunlop. The diamond frame was then invented in 1885 as the supposedly cheapest basic form for bicycles, which still dominates today despite all the innovations surrounding the world's best invention:

The 3 phases in dominant design

James M. Utterback (Havard) and William J. Abernathy (MIT) scientifically investigated the phenomenon of dominant design in 1975 in their essay "A Dynamic Model of Process and Product Innovation" and described it as follows:

Dominant design does not always offer the best solution

The dominant design is not always the best, but often only the supposedly best solution for a problem. This is also shown by our two examples - smartphone and bicycle:

Conclusion: Dominant Design and its impact on innovation

Problems can often be solved in different ways - many roads lead to Rome. However, in order for an innovation to be mass-produced, the majority must also learn how to deal with it. This can only succeed if all manufacturers agree on or submit to a dominant design that consumers accept and understand. Establishing such a dominant design as a single company is incredibly difficult. The degree of innovation must be extremely high so that the innovator has enough time to establish his development on the market before the competition follows suit and exerts its influence on the dominant design. Steve Jobs apparently succeeded in doing this with the iPhone. By now, however, consumers seem bored by the dominant design for smartphones. Users are losing interest in a product that always offers new features but always looks the same on the outside: According to market researchers, sales figures for smartphones worldwide are already declining. The great hunger for alternatives to "iPhone design" is demonstrated by the great success of HMD's reinterpretation of the Nokia 3310, which offers only very modest technological values. Apparently now is the time for something really new.