What you should consider when crowdfunding via Kickstarter

Crowdfunding is one of many ways to finance your own creative ideas and projects. Among the numerous platforms, Kickstarter is the largest. Read in this blog entry how two start-ups succeeded in succeeding in the outdoor market through Kickstarter and which rules have to be observed when crowdfunding about Kickstarter. 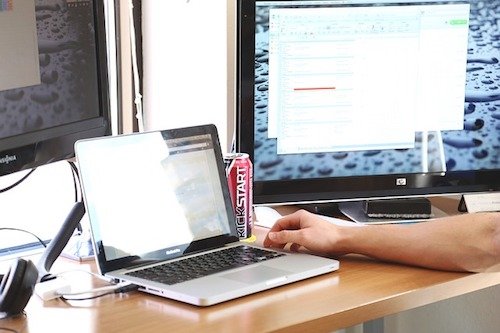 Actually, Herman Poelmann, Wiebe Poelmann and Wouter de Roy van Zuidewijn only needed 25,000 euros to bring their idea to market. The three enthusiastic skiers from the Netherlands set themselves the goal of developing a high-quality functional jacket and offering it at an unbeatable price by dispensing with intermediate trade. In order to raise the necessary funds for "Cortèz", the three decided to launch a campaign on Kickstarter. The goal was achieved on day one. After one week, the three entrepreneurs, who have extensive experience in the textile industry, had already reached 260% of their target. And in the end 692 supporters had contributed 237,227 euros - almost ten times the original amount.

The startup Bergaffe from Carinthia has had similarly good experiences. The team led by founder David Dietrich wanted a financial injection of 30,000 euros for a new outdoor clothing line. Within 24 hours Bergaffe was able to collect this sum through her kick start campaign. Finally, 745 people supported the development of the three-piece product set (an insulation jacket, a hard shell jacket and wind and weather trousers) with 264,071 euros.

Both companies were thus able to collect enough advance orders via the Kickstarter platform to realize their concepts. Background: Kickstarter is looking for buyers for a product that has not yet been produced. The project operator offers the supporters a much lower price than it requires if the production is already running and the product is on the market. If the funding target is missed, no money will flow.

The majority of kickstarter campaigns fail

This is also the more common scenario with Kickstarter, because the majority of projects fail. The German financial blog Finantio found this out in an analysis. For this he screened 378,000 kickstarter projects, which were created between 28 April 2009 (the foundation of the crowdfunding platform) and the end of January 2018. More than 12 percent were withdrawn for unknown reasons. Of the remaining 331,000 projects, 40.4 percent achieved the financing target. This success rate varies greatly from country to country. Projects from Hong Kong (45.3 percent) and the USA (41.8 percent) performed above average. Concepts from the D-A-CH region, however, failed much more often. The success rate is 28.7 percent in Switzerland, 27.8 percent in Germany and only 22.1 percent in Austria.

4 Findings from the analysis of nearly 400,000 campaigns

By the way, very valuable findings for own campaigns can be distilled out of the analysis on Kickstarter:

Kickstarter professionals give 7 tips for your campaign

Finantio's analysis is a good source for your own kickstarter campaigns. Entrepreneurs who have already used the crowdfunding platform on several occasions, of course, know even more tips. Stefan Ponsold from SunnyBag and crowdfunding expert Miriam Boubachta presented their valuable know-how to Trending Topics. Here you will find the most important points you should consider in your kickstarter campaign:

Conclusion: What you should consider when crowdfunding via Kickstarter

Crowdfunding platforms such as Kickstarter are well suited for bringing your own creative ideas to the market. The examples of Bergaffe and Cortèz and many other successful projects show that even markets can be opened up with established and strong players. Kickstarter itself also serves as a valuable marketing tool, as it allows you to build up your own community for innovations.