The trend towards smaller apartments

The world population is growing, the globe remains the same size, that is the macro-perspective. Realistically, it is primarily the rural exodus that demands more densification from the metropolises, both from an urban planning perspective and privately in the use of living space. More and more people want to live and work together in an ever closer area. This raises prices per square metre, shrinks floor plans and forces the furniture industry to think about innovative ways of miniaturizing living.

Japan, the island state with a high population density, can already look back on a long tradition in dealing with a shortage of living space, from where much can be learned about lightness, order, minimalism and variability. But solutions for living in the smallest of spaces are not only sought where space or financial constraints are specified. There is an eternal longing for life in the minimal, just as there is always a longing for living in the maximum. The Palace of Versailles and the retreat into a tree house are not only marginal phenomena, but also fascinating of their own kind.

When we are looking - as is currently the case - for LEAD users for innovation projects in the furniture industry, we look at many areas in which people develop solutions for problems that the general public will only feel in the future. We have already successfully looked for miniaturization innovators from analog areas among yacht builders in order to develop a new bathroom for Artweger. Now we are looking not only in the Far East, but also among hobbyists who have succumbed completely to the cult of miniaturization. And not least among the fascinated, the disciples of the cult of reduction.

One of the central figures of this scene is Gabriel Craft, who as curator and blogger publishes the page "small & tiny home ideas" and the flipboard magazines "Tiny House Ideas", "Rooftop Tent Living", "Adventure Mobile" and ("for the serious fanatics") the "Tiny House Daily Newsfeeder". Those who want to delve deeper into the world of "small living" will also find a considerable list of sources, links and plans with him, which can also be taken over for a small fee, who wants to start right away to build his mini house himself. With a few insights and samples, we would like to invite our readers to accompany us on our journey to the interior's minimundus:

Even in the 1950s, when the world was still open and wide, there were pioneers who loved and built the smallest. 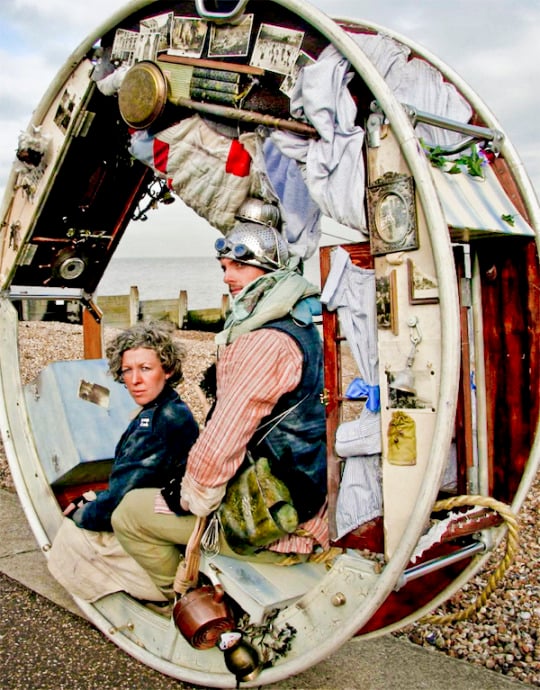 The "Wheel House" by Acrojou Circus Theatre shows that "Kleiner Wohnen" is a fantasy that can flourish even without realizability. 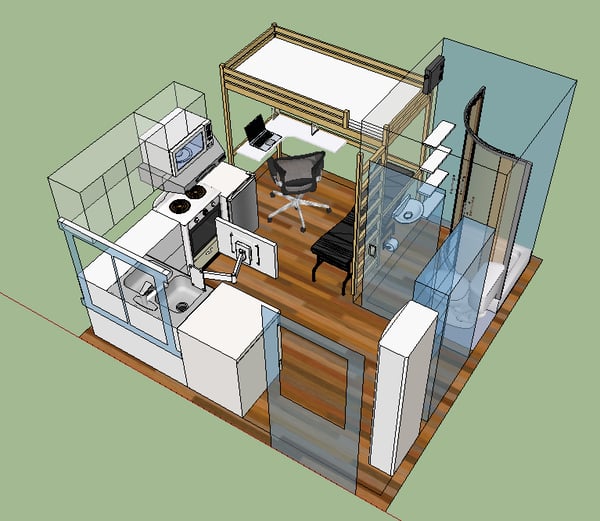 This design does not trace the dream, but rather the practical possibility and promises rather an economical, but sad "living in a box". If there is no box, the nesting of functional areas into an all-in-one household is still possible.

Folding furniture is also returning to the new trend towards smaller apartments and narrowness. Can a couch turn into a bunk bed? She can!

The one possibility to make all stuff disappear is the double bottom... 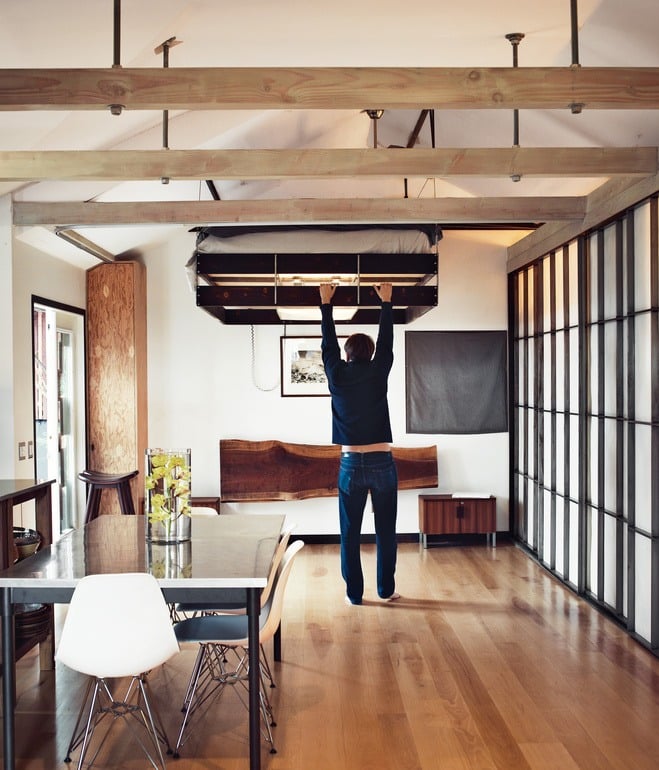 Beds can also be folded to the side...

...or store it in the wall furniture like an accordion. 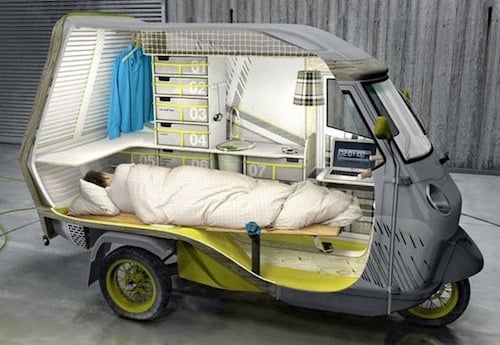 Caravans are a thing of the past, it can be smaller with an ape that is at once living space, workplace and means of transport.

In addition to shortage of space, shortage of money and phantasy, there is now a fourth motive to want to live as small as possible - ecology. These energy self-sufficient eggs reduce the footprint on the sandy beach to almost zero. Has this reached the ultimate shrinkage level of the dwelling? We're still looking! Who's looking?